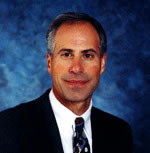 Since graduating from the University of Tennessee College of Law in 1980, Mr. Oberman has established himself as a national authority on the intricacies of DUI defense law. Early in his practice, Mr. Oberman developed an extensive knowledge of defending those charged with the crime of driving under the influence. This knowledge, combined with his background in the sciences, gave Mr. Oberman a unique perspective in defending those accused of driving under the influence. As a Tennessee DUI attorney, Mr. Oberman has successfully represented over two thousand clients charged with DUI.

He is the author of DUI: The Crime & Consequences in Tennessee (Thomson-West) and co-author of the national treatise, Drunk Driving Defense (WoltersKluwer/Aspen) with Lawrence Taylor. Both DUI texts are widely relied upon by judges, prosecutors and defense lawyers.

Steve has been an adjunct professor at the University of Tennessee Law School since 1993 and has received a number of prestigious awards for his faculty contributions. He is a popular speaker at seminars throughout the United States And has even spoken to court officials in Cambridge, England about defending impaired drivers. In 2002, Steve was honored to demonstrate cross-examination techniques and lecture at the FBI Training Academy in Quantico, Virginia on the topic of courtroom testimony. Steve is periodically designated as Special Judge for the DUI Division of the Sessions Court in Knox County, Tennessee, and in 2006, he served on the Governor’s Task Force on DUI Laws in Tennessee.

Steve has been named to Tennessee’s Best Lawyers List annually since the inception of the list in 2004. He was described as: “[the] Godfather statewide in the area of DUI;” “Brilliant lawyer, great teacher;” and “Well-regarded trial attorney with ‘professorial’ demeanor. . . .”. He has also been honored as one of the “Best Lawyers in America” by the publication of the same name; a “Top 100 Trial Lawyer” by the American Trial Lawyers Association; and a “Super Lawyer” by Mid-South Super Lawyers magazine.

He has achieved the highest possible designation by leading national lawyer rating systems, including the renowned Martindale-Hubbell®. Steve has been a featured guest on many local and national radio and television programs, where he has provided commentary on criminal defense issues ranging from the O.J. Simpson murder trial to, of course, DUI defense.

For more details about Mr. Oberman’s background and experience as a Tennessee DUI attorney, you may view his resume/vitae.

Copyright © 2002-2020 Oberman & Rice Law Firm. All rights reserved. Re-publication or redistribution of this content is expressly prohibited without the prior written consent of Steven Oberman. The information within this web site is intended to provide some general information about DUI laws and about Knoxville, Tennessee DUI Lawyers Steve Oberman, and Sara Compher-Rice. Mr. Oberman, and Ms. Compher-Rice anticipate that you will have questions about how they can best represent you in your Tennessee DUI, criminal or traffic case. Please do not hesitate to discuss with Knox County DUI Attorneys Steve Oberman, and Sara Compher-Rice, any aspect of your Tennessee DUI case, their resources, or how they can better represent you. It is their hope that you will be completely satisfied with their work and will become one of the many clients of the Oberman & Rice Law Firm who refer our firm to their family and friends. DISCLAIMER: Any contact through this web site, including, but not limited to, email, electronic submission, and/or telephone communication, does not create an attorney-client relationship with any member of the Oberman & Rice Law Firm. Until an attorney-client relationship is agreed to by Mr. Oberman, or Ms. Compher-Rice, you are not a client. Do not send any communication which you expect to be kept confidential, and you are hereby advised that any information that you do send may not be held confidential. The determination of the need for legal help, legal services and the choice of a lawyer are extremely important decisions and should not be based solely upon advertisements, certification, specialization or self-proclaimed expertise. Potential clients are urged to make their own independent investigation and evaluation of any lawyer being considered. Tennessee DUI Attorneys Steve Oberman and Sara Compher-Rice shall not be liable for any errors in the content, or for any actions taken in reliance thereon. ACKNOWLEDGMENT: Most of the beautiful photographs of the Knoxville, Tennessee area exhibited on this site are provided through the courtesy of and with the permission of acclaimed photographer Gary Heatherly. Mr. Heatherly retains all intellectual rights to his photographs. Mr. Heatherly may be contacted at Gary Heatherly's Photography.. Oberman & Rice Law Firm 550 Main St. Suite 730, Knoxville, Tennessee 37902 Office: (865) 249-7200 Fax: (865) 540-1696